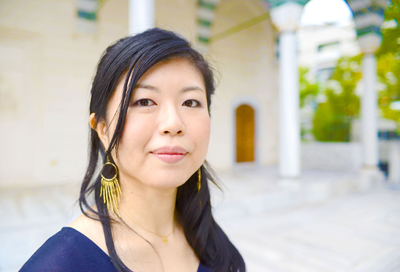 Misako Aono is born in Kofu, Yamanashi Prefecture of Japan in 1970. She grew up in Saitama Prefecture. From age of 6 to 7, she devoted herself to create original picture books, magazines, comics, and newspapers. After graduated from Graphic design major at Joshibi Junior College of Art and Design, she worked as a graphic designer for three years. She started her career as a freelance illustrator from 1996.

Since then, she has been contributing her illustrations and essays at various media like magazines, books, web, advertisement, fashion and more. She held various exhibitions and group exhibitions in both Japan and overseas. Her specialty is femininity, embodiment and associated topics. She has been creating her art works emphasizing feminine beauty inspired by pin up arts, French movies, gay culture that she was encountered when she was teenagers.

She appeared as one of 100 Japanese artists in “The New Wave of Japanese Illustration” which is published and sold in Spain, England, France and Italy. 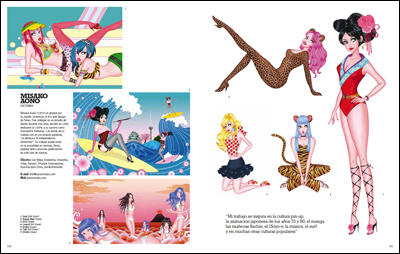